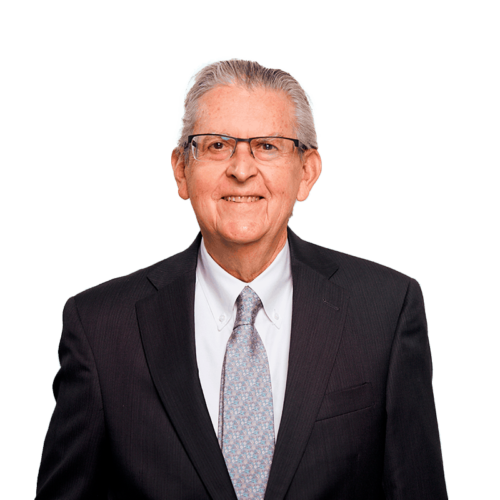 Luis Santos has been a partner at Santos Elizondo for more than 45 years. His practice has specialized in corporate and financial transactions such as restructurings, mergers and acquisitions, tax and estate planning, antitrust matters and general commercial law advice. Mr. Santos has also represented domestic and foreign clients in tax and administrative litigation.

The prestigious international publication Chambers & Partners recognized him as a Band 1 lawyer in tax matters in Mexico, with experience in transactional and litigation work.

Mr. Luis Santos has served as Counsel to various business groups and institutions such as the Monterrey Law School, the University of Monterrey and the Mexican Bar Association. He is also a member of the Canadian Tax Foundation, the International Fiscal Association, the Nuevo Leon Academy of Commercial Law and the Phi Delta Phi International Legal Fraternity and was president of the Nuevo Leon Academy of Tax Law for the period 2007-2009.

For more than 40 years, Mr. Luis Santos has been a professor at the undergraduate and master's level in tax law related subjects at institutions such as the School of Law and Social Sciences of the Universidad Autónoma de Nuevo León, the School of Law of the Universidad de Monterrey, the Monterrey School of Law and the Instituto Tecnológico y de Estudios Superiores de Monterrey. He is also the author of the book "Derecho Fiscal Internacional: Fundamentos, Conceptos y Principios" published in 2012 by Casa Editorial Comares, Granada, Spain.

Mr. Luis Santos obtained his law degree in 1971 from the School of Law and Social Sciences of the Universidad Autónoma de Nuevo León. In 1973, he graduated with a Master's Degree in Law from Harvard Law School, where years later he completed a specialization in taxation through the International Tax Program. In 1976, Mr. Luis Santos graduated with a doctorate from the Université du Paris II-Sorbonne de Paris, France.