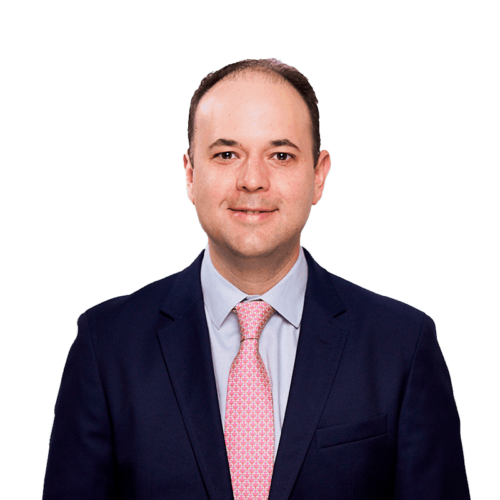 Eduardo C. Botello Adame has been a member of Santos Elizondo since 2005, and has been a partner of the firm since 2016. For more than 12 years, his practice has focused primarily on corporate law, mergers and acquisitions, financings, international commercial transactions, real estate law, structuring venture capital and seed capital investments, representing both funds and entrepreneurs, as well as commercial litigation.

In mergers and acquisitions, Eduardo has represented buyers and sellers in transactions involving a variety of industries, such as food, beverage, retail, renewable energy, technology companies, as well as companies engaged in the agrochemical industry.

Eduardo has advised national and international financial institutions as well as Mexican companies in obtaining and structuring financing.

Eduardo advises a variety of foreign companies in their most important and strategic operations in Mexico and Latin America. His clients include companies of U.S., Canadian, Dutch, Irish, German and Korean origin.

Eduardo is an advisor to some of the most important start-ups in the city of Monterrey. start-ups más importantes de la ciudad de Monterrey.

Additionally, he serves as a mentor to entrepreneurs affiliated with Unreasonable Mexico, an organization dedicated to supporting social impact ventures. In recent years, he has been regularly invited to participate as a speaker in various forums on this subject, organized by Unreasonable Mexico, SVX Mexico and Enlace.

From 2009 to 2010, Eduardo worked as an International Associate in the New York office of Cleary Gottlieb Steen and Hamilton LLP.

In 2006, Mr. Eduardo C. Botello Adame graduated with a law degree from the Instituto Tecnológico y de Estudios Superiores de Monterrey. Subsequently, in 2009 he completed a Master of Laws (LL.M.) at New York University School of Law and an advanced certificate at New York University Leonard N. Stern School of Business in the area of law and business.