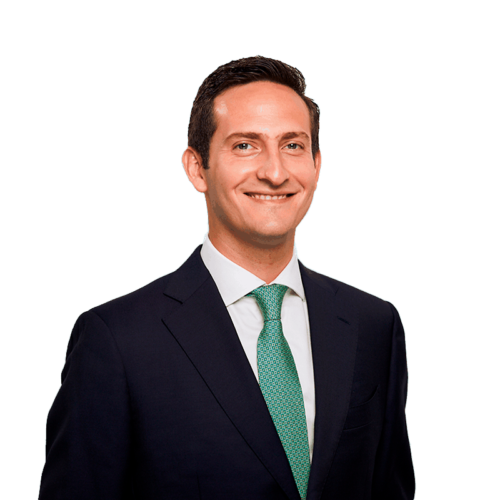 Gerardo Guajardo has been a member of Santos Elizondo since 2010 and specializes in corporate and commercial law.

He has experience representing domestic and foreign clients in international commercial transactions, mergers and acquisitions, financings, capital markets transactions, corporate restructurings and real estate projects. He frequently advises clients in the structuring of companies, establishment of subsidiaries and the expansion of their operations in Mexico.

During 2015 and 2016, Gerardo worked as a Foreign Associate in the New York office of Paul Hastings LLP where he advised international companies, financial institutions and Latin American governments in the issuance of debt and equity instruments in the financial markets, as well as various international companies in acquisitions, financings and corporate restructurings.

He is an active professor in the Law Department of Tecnológico de Monterrey (ITESM) where he teaches the course on Commercial Companies.

He holds a law degree from Tecnológico de Monterrey, where he obtained his law degree in 2012, and a Master of Laws (LL.M.) with a specialization in Corporate and Financial Law from New York University School of Law.